THEFT ON A GREY AND GLOOMY FRIDAY

It’s a cold, grey and rainy Cape Town day but it’s a Friday and that’s what counts. Working from home, Fridays are not the highlight of the week they were back in the good old days before the recession and retrenchment, but there’s still a good feel to the day.
The last thing I can face today is my computer and the weekend’s worth of transcription that awaits me (and for which I thank heaven fasting) so I cast around for excuses to delay work which would be better off done immediately. It’s the last working day of May, so I pay my bills (two, credit card and bond). Paying the bond, or at least a teeny-weeny part of the payment due makes me feel great, because it’s the first payment I have made from my earnings in six months. The tenant takes care of about two-thirds of the payment and there’s a little bit of credit there so, while it hasn’t led to sleepless nights, it’s been bothering me a lot that I haven’t been able to keep up with the payments.
The credit card is what I use for everything: rates payments, electricity, air time, insurance payment, AA membership (when your car looks like mine, it’s a jolly good idea), groceries, thermal underwear - you name it, if it can go the card, it does. The trick to using a credit card is to pay the entire amount due, down to the last cent, each and every month.
Inspiration strikes – my car licence is due for renewal –in fact it expires within 3 days and I haven’t sussed out how I can sort it out on-line. I never use the car for one errand only, so I pack in my library books and plan to buy cat food while I’m going in that direction.
First stop, the charity shop. This is a fairly miserable little one in a poor neighbourhood so the pickings are usually slim. I find a really pretty metal waste paper bin in turquoise for R8. This is a future plant container.
Next stop, the charity shop. This one is a little more up-market and I’ve bought a couple of useful books here. Fiction I borrow from the library. Here I find a little wire egg basket for R5. With a bit of wire from the roll I purchased for about R30 three or four years ago and which I hope will last me for my lifetime, it’ll make a container for a hanging plant, preferably a vegetable or herb of sorts.
Traffic department – longish queue – very boring – find out how to do this on-line in future. One more tedious errand banished forever; this may be misplaced optimism - the system doesn’t seem to work too well in our rainbow nation.
I have to buy potting soil because of the cheap bin. This is a major expenditure in my life because I garden entirely in pots. Actually, the pots are the major expenditure because this particular garden was started only about a year ago. Fortunately, I bought most of these while I was working because these days it’s more about making something from nothing. My local nursery has a loyalty card system which means I get back money (to be truthful, a minuscule amount) on every purchase I make. I also get a free gift each month. This month it was a small packet of fertiliser which I gave to a friend. Last month, it was a pack of bulbs (Spraxis, which are doing quite nicely, thank you). I think the previous month it was a succulent, and so on. Obviously, this is a great marketing ploy because, as any gardener knows, you cannot go to the nursery without coming away with boot-loads of stuff.
Bulbs are on special – R10 a packet. I shall plant scented freesias in the turquoise waste paper bin. I buy three packets instead of one (see above) and, anyway, it works out at about 28c per bulb. Far less than a teabag – I shall go without tea, if necessary.
Next stop, the herb garden. They have a lot of herbs on special, but I already have all these. I get chatting with a very knowledgeable employee on the subject of tomatoes and notice a trolley of herbs which are obviously destined for the compost heap. Clearly the staff can’t hand out freebies – they’re there to sell the stuff but, by agreement, once his back is turned, I remove one of two dying dill plants from a container. This is theft. There’s no two ways about it- it’s theft. I console myself with the thought that I shall bring this sad little dill plant back to health. It’s not Dill’s time to die.
Woolworths’ butter is no more expensive than anyone else’s and I don’t do margarine. It’s also practically next to the pet shop where I buy supplies for Sweet Baby Jane (a spoilt and rather tubby cat). As I enter, there are several trays of promotional products, including crisp bread surrounded by cheese and baby tomatoes. Baby Roma tomatoes – I don’t have those in my budding vegetable garden and I’m still seething at the price of vegetable seeds at the nurseries.

More and more people are turning to growing at least some of their food and the seed companies are cashing in on the trend. This, regrettably, seems to be the South African way.
Two little tomatoes find their way into my bag. This is theft. I justify this to myself, thinking Woolworths was prepared to give me a couple of tomatoes to eat – why should they care if I eat them later in the year, when they will hopefully have grown fruitful and multiplied?
“Oh what a tangled web we weave, when first we practise to deceive” – Sir Walter Scott.
I don’t quite know if I’ve untangled it yet, but the dill plant looks happier already and the tomatoes are in a saucer where they will dry out in time to be planted come spring. They, too, look quite cheerful..
In the meantime, the sun has come out and I still don’t have the urge to do that darned typing. 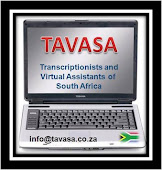 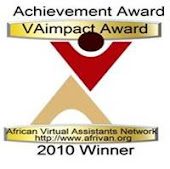 Handy excel worksheet to help service based businesses figure out their hourly rate.

My favourite Websites and Blogs